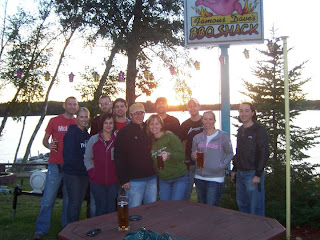 The Chequamegon Fat Tire Festival.... probably my favorite weekend of the year.  Every year I look forward to this race more than any other.  Its more an event or tradition than just a race.  2010 was the 7th time in a row I got into the race via the lottery.  Most are not so fortunate.  This year Erik Arentzen entered the lottery with me and made the trip.  We drove to Eau Claire Wisconsin to meet Jim Parman and spin around for a while.  The trails at Lowe's Creek are pretty fun, though not to technical, and they provide a nice tuneup after a long and very boring drive.  My parents came out to meet us for dinner, where they surprised me with an official Aaron Rogers jeresey!!

Friday morning greeted us with rain.  Boo, I don't like riding in rain and sloppy conditions, and this was even more of an issue since I had a Stans Raven front tire and a Crow rear tire-very little if any traction.  I would most likely die if I rode those tires in Colorado.  I decided not to change them as I figured that if it stopped raining early and dried out, they would be fine for 95% of the course.  We drove to Hayward to meet the rest of the group, find the cabin, register, and eat a large dinner of pasta.

Race day started at 4AM.  Jeremy, Justin, Jesse, Erik, and I drove to the start to stage our bikes and were awarded first and second row, which was behind all of the preferred starters.  I warmed up on the Fuel in the frigid temperatures of the north woods and was feeling good.  The gun went off and the start was hectic, picture 1800 mountain bike racers starting, slowing, and dodging road furniture.  When we hit 77, the pace opened up quite a bit.  I was riding with a few friends at the time, and decided it was time to drop the hammer.  I hit Rosies field and was passing people like crazy.  Shortly after we hit "trails" my rear tire seemed like it was going flat.  I asked Jesse how it looked, and he said low, great..  By mile 12 I was dinging my rim if I went over bumps.  I thought if I could make it to OO (first aid station area 16 miles in) I might find a pump and save time and a Big Air canister.  Even though I was on a flat tire for 4+ miles, I was 168/1800 at OO, which I thought was ok.  I found a pump, filled my tire extra full (40psi) and rolled off in an attempt to reel in the riders that passed me.  At about mile 25 I hit a patch of wet mud funny, and crashed.  I noticed I ejected a full water bottle after I was off and riding again.  I just emptied my other bottle and swapped them out.  Jeremy Vogels caught up to me again (he passed me three times while I was off my bike) at this point and handed me a water bottle.  I don't typically drink much, but it helped a lot, Thanks Jeremy!  I middle ringed the Seeley Fire Tower climb, which is the crux of the race and felt great still.  At the top of a climb at about mile 33 I shifted from my big chain ring to the middle chain ring, and got a bad case of chain suck.  The chain was doubled over between my large chain ring and front deraileur.  I could not move the crank in either direction, shifting the deraileur did not take pressure off the chain, and pulling on the chain did not do much either.  After maybe 3-5 minutes, I got the chain unstuck.  I pretty much pulled the plug on racing at this point as I was quite frustrated and WAY behind where I could have finished.  I kept a decent pace, but it was less than my race pace.  I ended up finishing 225 out of about 1800 in 2:44.  The course was much slower than last year.  I told Erik he would get somewhere between 2:55 and 3:15.  He split that and got 3:05!  How about that for predictions!  After the race the group went to Famous Dave's for some post race BBQ.  Beers and fires rounded out the night.

Sunday Erik and I headed up to the Rock Lake trailhead.  We rode a lot more trails this year.  CAMBA does an AMAZING job of working on these trails.  There were a bunch of rock features-some even had an alternate route as they were difficult.  This is easily the best trail cluster I've ridden in Wisconsin.  Lunch at the Sawmill Saloon provided recovery burgers and a place to watch the Packer game.It was great seeing a lot of friends and my parents, getting a short vacation, and going back to the great north woods of Wisconsin.
Posted by brett ebben at 11:57 AM 1 comment:

Stories to come tomorrow as I have time.  Thought I would post some pics for now.  18,040 feets climbed Saturday, Sunday, and Monday. 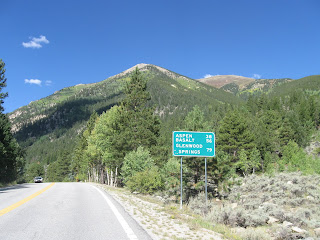 38 miles to our destination 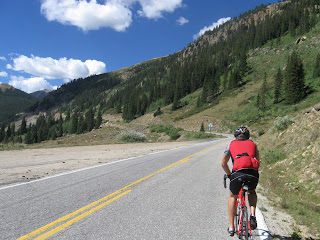 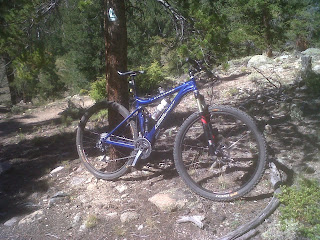 At the top of the first climb, segment 11, Colorado Trail 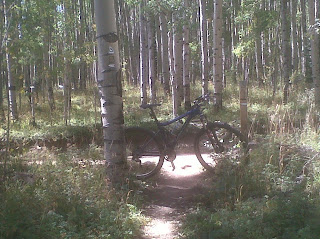 The Lev and Aspens 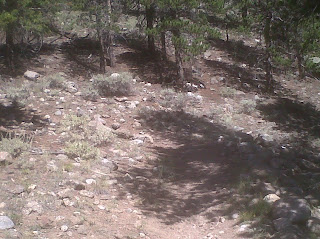 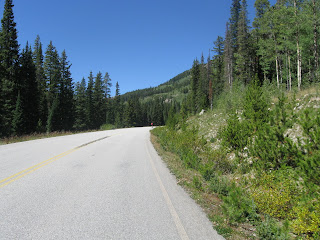 Eric S, aka, Road Training Rabit, wow he can climb 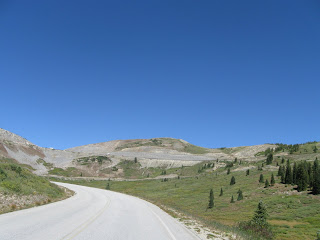 The final push up Cottonwood Pass 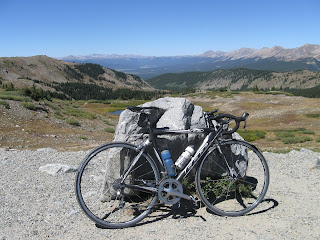 Its amazing where my bike can take me! 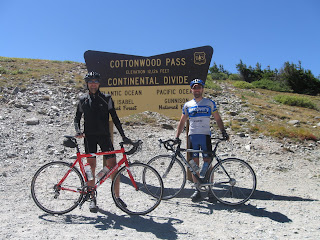 Posted by brett ebben at 7:39 PM No comments: