Kenosha Pass to Breckenridge and back

Park City Point 2 Point wrapped up a long, mentally and physically challenging two months.  A few to many big events and lots of traveling (5,000 miles in two months) left me drained.  I was looking forward to relaxing after the race, but was invited to ride with a group of friends from Kenosha Pass to Breckenridge, spend the night in a rented house, and ride back the next day.  It was going to be a pretty tame ride on some really fun trails at about the time the leaves begin changing colors in the high country.

Saturday morning the eight of us departed Denver to park at Kenosha Pass to begin the journey.  It was a little cold at 10,000 feet early in the morning, but the first half of our day consisted of a lot of climbing up to  Georgia pass.  Few riders were out as we started.  It was nice and peaceful having the trails primarily to ourselves.  I felt a little tired, but set the pace and was riding pretty well, which enabled me to stay at the front and get a few pictures.  There was a chance of rain in the forecast for the weekend, but there wasn't a cloud in the sky during our ride.  The last few miles of the descent down Georgia pass was quite rocky and technical.  Once we made it to Breckenridge, I had to make a quick stop at a local bike shop and then met the group at Breckenridge Brewery for lunch. 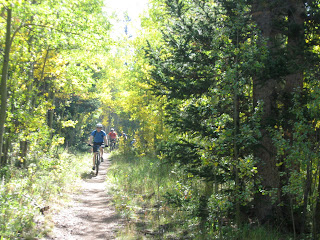 Part way up to Georgia Pass on Saturday

Sunday morning's start was quite a bit colder.  As we departed our house, the temperatures were in the upper 30s.  The ride to Tiger road was quick.  Not long after we reached the pavement though, Nick's chain broke.  Thankfully I learned my lesson from Pierre's Hole 100 and had a couple SRAM quick links that I used to fix his chain.  The technical section after Tiger road proved to be a bit of hike a bike, but once we got past that, the climbing was consistent.  Again, once we got above treeline the sun and temperature was perfect. 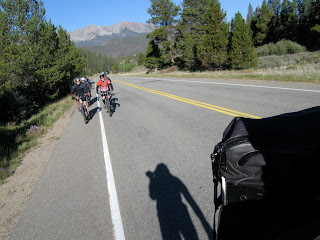 Brisk but sunny start to the day 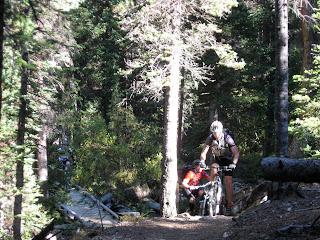 Back on the CT to Kenosha pass 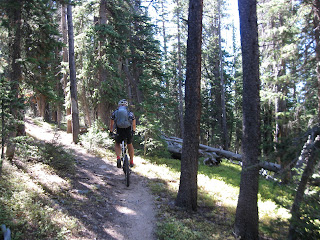 Brad leading the way up to Georgia pass 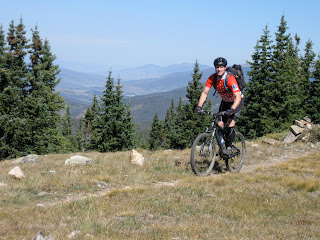 Justin just out of treeline 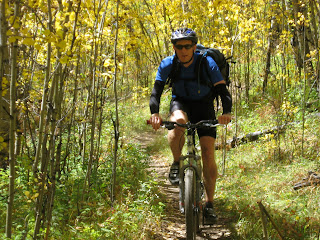 Nick riding through the Aspens

The weekend was just what I needed.  About four hours of riding a day, no pressure to ride fast, a good group, and lots of good trails.
Posted by brett ebben at 5:43 PM 1 comment: 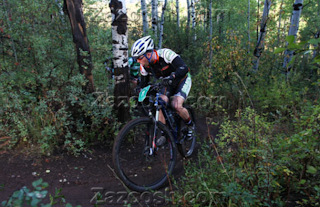 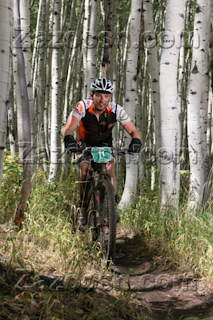 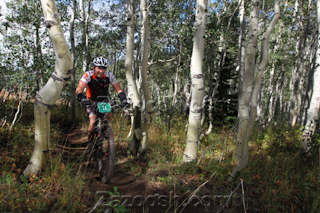 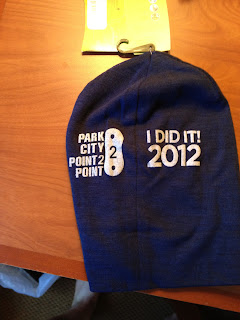 Posted by brett ebben at 2:34 PM No comments: