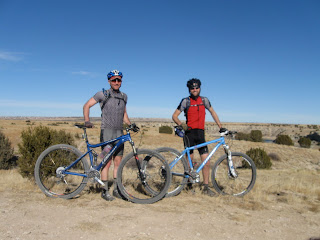 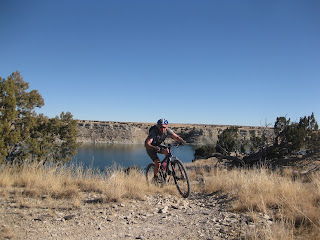 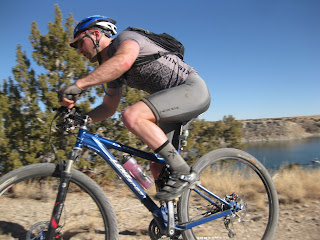 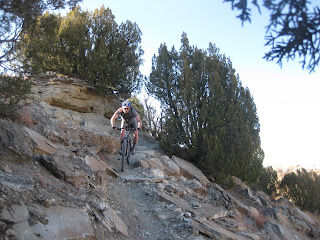 Saturday Eric and I went down to Pueblo to put in some time riding dirt.  Pueblo is usually warmer and drier than Denver, and sits at a little lower elevation.  The trails there are fast and flowy for the most part, though a little loose since there is a lot of rock.  It took about an hour to remember how to ride a mountain bike (2 months of riding road, bike paths, and snow).  It was nice to ride in shorts with temps in the 60s. Tough to beat that in January!  We have to take advantage of it while we can, as the week temps are going to be frigid.  Saturdays ride info here. 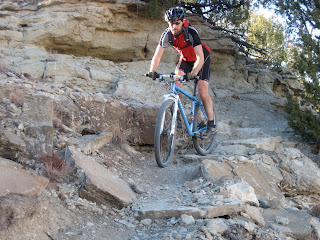 Eric is a little newer to riding mountain bikes.  We have some big things planned this summer.  As you can see, he is picking up mountain biking. 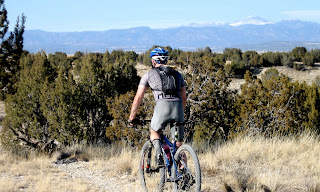 It might be kind of hard to tell, but you can see this (yellow) on my camelbak.  With a little longer ride (4hrs) planned and plenty of sun forecasted, I thought I would test it out. 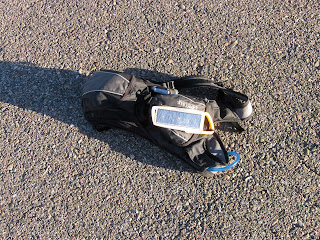 We were out for about 4.5 hours, most of which was in the sun.  There was very little shade or cloud cover.  The solar panel was charged about 40% to 60% based on the green flashes. 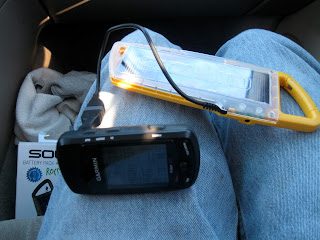 I was able to charge my GPS all the way up on the drive home.  Success!  I will also be able to charge my mobile phone.  Now, to figure out if it can charge my helmet light.  Wouldn't that be sweet.  It would give me more options while out for long rides.
Sunday the Front Range was supposed to hit low 50s.  Fail.  It never really got above low 40s.  Eric and I rode out to Golden to do Lookout Mountain and test out the early season climbing legs a day after hitting nearly 4 hours on the mountain bike.  I felt decent the whole way up and chased Eric pretty hard.  It was a really good early season effort.  Info here.  With temps barely over 0 and snow forecasted the next couple days, I think I will take a day off and then get some good time on this.
Posted by brett ebben at 6:29 PM 3 comments:

Twin Six is back for the third year!  They are my primary source for cycling close both on and off the bike.  I think their bib shorts are probably their most under rated piece of gear.  The chamois is comfortable, they are durable, and are priced much better than most other shorts on the market.
Longer endurance type races are going to be more my focus in 2011.  Epic Ride Research designed the Mountain Feedbag to help give cyclists easy access to food, tools, and anything else that might be needed during a ride.  It is sealable, lightweight, and even has mesh pockets for wrappers once finished eating.  Checkout more info here.  This will come in "handy" during this race!
Posted by brett ebben at 4:52 PM No comments:

Saturday Chris, Marni, Ben, Eric, Jeremy, and I left Denver early to head to Leadville for the winter mountain bike series.  A blizzard and crazy ski traffic derailed our plans.  Chris and Marni decided to head home.  The rest of us went to the Peaks trail. 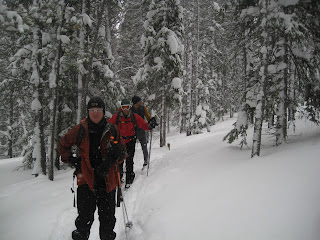 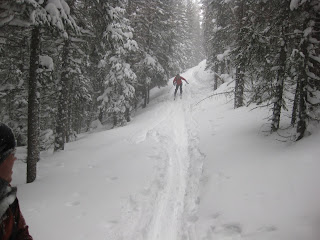 Sunday I met some friends at the Sports Column to watch the Packers play the Bears in the NFC Championship game.  Playoff football outside in cold weather against the Packers biggest rival, what could top it?  Well, a trip to the Super Bowl in Dallas made it an even better game.  Go Pack Go!!  Can't wait for Super Bowl Sunday.
Today, Monday, I got the day off of work for my birthday.  I didn't ride yesterday, so I decided to knock out 100 miles.  Tim has Mondays off, so I invited him.  The weather was decent (mid 30s) aside from a few snow flakes and wind.  Todays stats.
Posted by brett ebben at 7:02 PM No comments:

What kind of bike race do you need a solar charger for?? 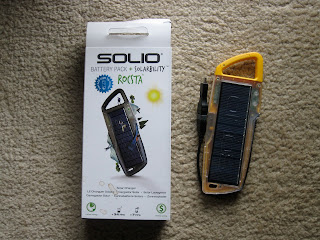 Solar charger info
Posted by brett ebben at 11:47 AM 3 comments:

Sunday snow and winter arrived in the Front Range.  Ben, Eric, Tim, Jeremy, Jonathan Davis and I went snowshoeing at Rogers Pass before the Packer game.  There was lots of fresh snow.  The constant climb up made for a good quick workout.  GPS info here.
Posted by brett ebben at 8:19 PM No comments:

Today was the start of what I hope will be a lot of long rides in 2011.  Chris, Eric, and I started off the chilly morning quite early to embark on the first century of the year.  The forecast looked good, and with snow on the horizon, Saturday turned out to be a great day to ride bikes.  It was amazing the amount of people that were out riding as well.  Erik and I saw less than 15 people during my first December century.  I started off a little sluggish after my first week "back" on the bike.  The rest of the day I felt really good as is evident by some of my high heart rates.  I always like the excitement of the early season rides and the base they provide for what I anticipate to be a crazy season on the bike if I can show up to the starting line of all the races on my schedule.  Info for todays ride here!
Posted by brett ebben at 6:13 PM No comments:

I had off of work today so decided to go for a longish bike ride.  Departing temps were about 30 degrees.  The Gary Fisher Rig was the ride of choice.  There was still plenty of snow and ice on the bike paths in the area.  It was nice riding in the sun during the week.  Few others were out, so there was very little traffic. The returning temps were in the 20s and after about 2.5 hrs I was quite cold.  A warm beverage powered the final miles.  Details here.
Posted by brett ebben at 7:04 PM No comments: