A little over a week ago Ben, Amy,  Brandon and I rolled down to Prescott AZ for the Whiskey 50, my first race of the season.  Its taken me a while to put this together as I have been pretty tired since the race weekend, busy, and waiting on some pictures to go with it.  Better late then never, I suppose.

The Whiskey 50 is a full weekend of mountain bike racing and a great spectator event.  Friday afternoon we arrived in Prescott, which gave Brandon and I a chance to preview the first part of the course.  We rode for a little over an hour and got about 1,200 ft of climbing, mostly in the first six miles as the race goes up from the start.  After our ride and a bite to eat, it was Ben's turn to ride, but his ride was required.  All Pros have to take the start line at the Friday night criterium, which was 20 minutes of riding plus three laps.  The laps took the men maybe two and a half minutes with the lead group setting a blistering pace.  The first five finishers received call ups for the 50 mile race, so it was interesting to see who would play with the lead group. 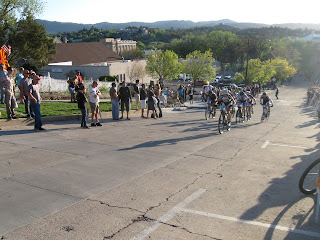 70+ pros took the line, above is the lead group led by Geoff Kabush 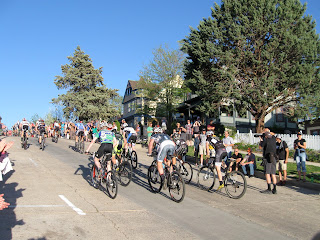 Steep climb that separated the pack

Go time for me was 7:30 Saturday morning.  I got an ok warm up in and headed to the start line a little late as it turns out.  Many riders already staged at the start and I started a fair ways back.  I wasn't to worried as the start of the first four miles were a road climb, which would give me plenty of time to pass.  My thinking was keep a solid pace, not put in to much of an effort, and do what I could.  I was passing tons of riders, which made me feel better.  I even heard one rider say "that guy on the Niner isn't even breathing."  This is one of the benefits of riding and racing at elevation.  Prescott is about the same elevation as Denver, and max elevation of the race was a bit over 6,700 ft, which I ride higher than that quite often.  As I guessed, the singletrack still bottlenecked when I got there. 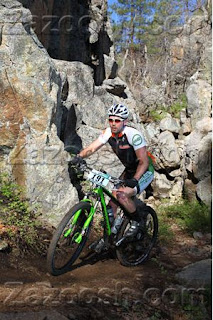 Once on the trails, the race still climbs a fair bit.  I was consistent in my effort and still picked a few people off when I could.  A really loose long descent made me feel confident in the descending capabilities of my new Niner Air9 RDO.  This is the first time I raced a hardtail bike since probably 2004.  I put in a pretty fair effort on the second climb of the day as is apparent by the look on my face in the picture below, taken near the top.  I knew there was a long descent (10 miles or so), which would give me plenty of time to rest before the real test of the race, the Skull Valley climb. 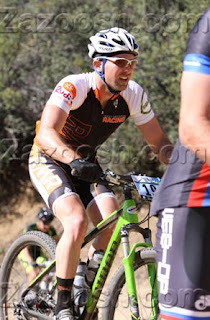 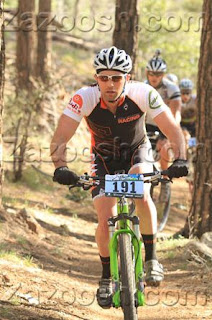 Skull Valley is about the halfway point of the race.  Descending it, you get a preview of what you get to climb once you get to the turnaround point.  Ben and Amy were waiting with new bottles and food for me, which prepared me for 12 miles and 2,800 ft of climbing.  Once again, I settled into a good rhythm knowing it would take a while to get to the top and I did not want to blow up.  Few if any riders passed me in the hour plus time it took me to get to the top, which seemed to be the trend on all the climbs.  I did WAY more passing than were passing me.  Even on downhill sections, few riders were passing me. 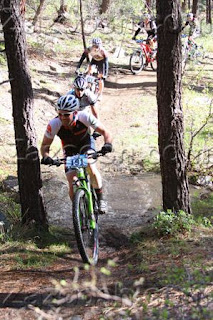 Once I reached the top I knew it was mostly downhill.  After passing a few riders, a few more caught me.  The group I rode with through the last 5 miles of trail actually stayed together until the finish of the race.  The last part consisted of six or so stream crossings, some switchbacks, a few rocky sections, and open fast trail. 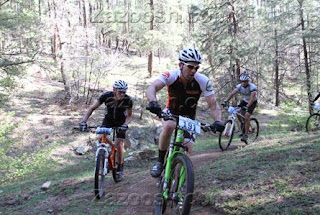 When we reached the pavement, the group I was with seemed to sit up as if the race was pretty much over.  I knew there were about four miles left, though I did not know if it was road or trail, or both.  I asked the group of there was anymore trail left, and the answer was no.  At this time I was in the second row or riders (three left to right two rows), sat up a bit, got a drink, and launched.  If they wanted to take it easy from here on out, that was fine by me, but I wasn't having it.  I took off on a four mile time trial on my mountain bike.  A couple of riders decided to sit on my wheel and follow.  I knew it was all road and mostly downhill, so I went as hard as I could.  My heartrate was in the upper 170s until the finish and I was pulling at speeds in the upper 20s to low 30s, which proved to me that the 38 tooth ring (old style three rings normally have a 42) was not really a limiter.  No one else in the group would come to the front and take their turn though.  This was starting to upset me after a while as no one in the group wanted to do any work, so I was on my own to set the pace.  Within 100 yards or so of the finish, two riders out sprinted me as I was completely crushed from my effort.  I tried to counter that as I stood up and gave it my all in an attempt to pass them before the finish line, but was not able to. 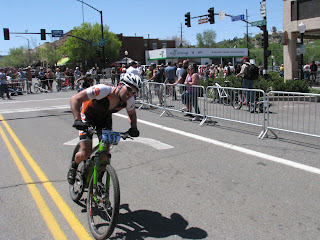 I rode in about 4:02, which was faster then I would have guessed after looking at some of the finishing times from the previous year.  I put in a good effort from start to finish, taking only a few minutes of easy riding as I felt cramps a bit around mile 40.  My results were 49/266 mens open, 92/591 overall.  Ride info here.

Sunday Ben took the line in the pro race.  Brandon, Amy, and I watched the start and hustled to Skull Valley to do hand ups for Ben and watch the race unfold.  Then it was back to the start/finish area to see how the race would unfold.  Ben had a good race. 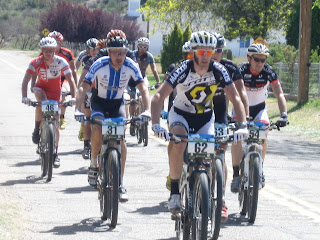 After Sundays race, we started the drive home.  A quick stop at the Grand Canyon to do the tourist thing was the highlight of the ride home. 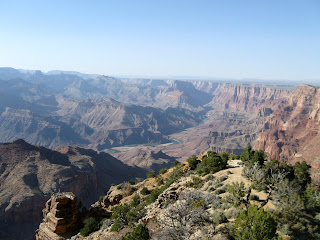 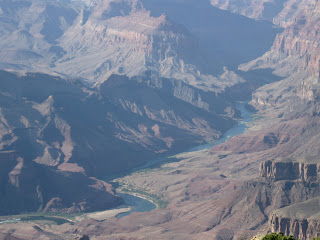 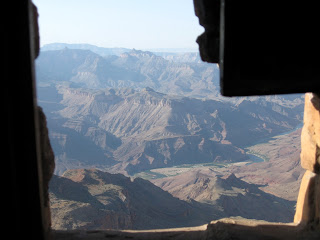