My world is pretty cycle-centric.  Its funny.  All year I talk about doing different things, but biking is normally the priority.  Fill in the blank sounds fun, but I am going to ride my bike.  Last Saturday Eric and I hiked Mt. Sherman.  I am not really a hiker.  I would rather roll than walk (on wheels, yes, a bike really, going back to a previous statement).  Sherman is a rather easy 14er (14,000 ft mountain).  We decided to hike this in the winter rather than the summer.  It ups the ante on difficulty, plus, we ran into 2 people all day, which is the way we prefer it.  Out and about, doing the things we like, enjoying the solitude of the wilderness.  The forecast looked good.  Sunny, 40 to 50 mph winds and temps -20 to -30.  Hike info here. 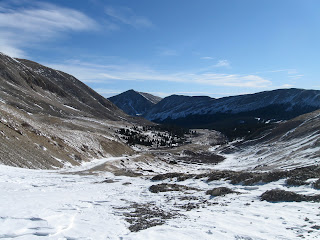 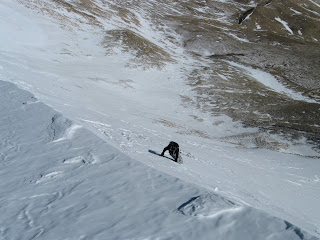 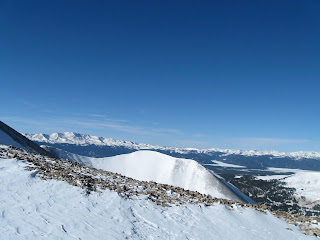 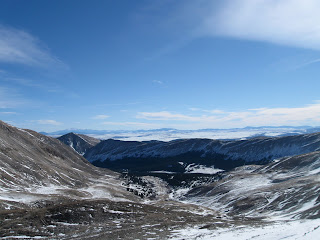 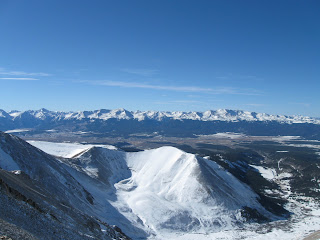 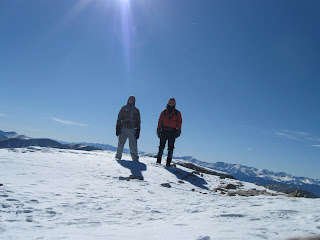 Mt. Sherman conquered
Monday I went to the first 2012 RMR meeting at the Spot.  It was good seeing a few familiar faces and meeting a lot of the team.  I also ordered the 2012 kit, which should arrive by Aprils training camp in Fruita.
Tuesday it was windy and cold, plus there was fresh snow and ice on the ground.  I needed to ride.  I took the Pugsley to Meyers Ranch, which was new to me.  Exploring a new park at night in frigid temperatures on a bike in snow was fun.  The trails were perfect for snow biking.  Data here.  It turned out to be a short ride distance wise, but it was worth it to get out.  The elevation gained on a 34lb bike in snow plus the temps made it enough.  Meyers Ranch will be waiting for me the next time it snows. 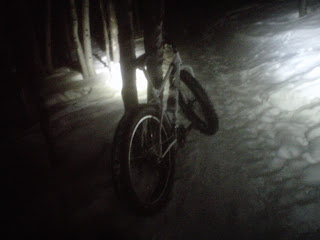 Photo taken with stupid Black Berry which does not do the trails justice
Posted by brett ebben at 5:30 PM